Sometimes, Arena is able to fill a unique need while helping a joint venture partner institutionalize in the process. For one new, groundbreaking online financial service business, we provided about $15 million in developmental financing over the course of about four years to help the business find its footing (and prove its model). Then, as the company got to scale, we helped it position itself to receive more-traditional financing so it could expand even further. This partnership is a great example of Arena teaming up with a less understood technology-enabled firm and facilitating their ability to play offense in the e-commerce industry. 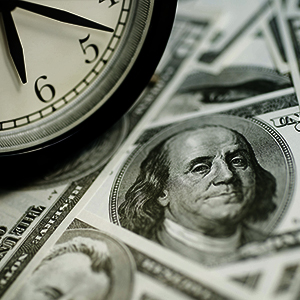 This company is involved in digital factoring, focused primarily on the supply‐side of digital advertising with an emphasis on funding digital media publishers like websites, apps, and their intermediary partners. The digital factoring industry was relatively new at the time we came to know this company and had been concentrated on e‐commerce (as opposed to advertising) traffic. The digital factoring space had been quickly expanding, as many people were setting up e-commerce businesses that operated on broader online marketplace platforms like Amazon and Google, which (not incidentally) earn revenue through digital ads.

While many successful businesses were growing quickly through these channels (and continue to), the platforms may take a few months to pay them their earned revenue—a timing differential that creates an ongoing drag for the businesses. At the same time, while the platforms are of very good credit quality and the ultimate payment from them is of high certainty, a digital entrepreneur cannot exactly walk into a bank and say, “Amazon is sending me a check in two months. Can you provide me a loan secured by that right now?”

Our partner devised a solution catering to receivables balances that were, at the time, around $50,000 and that had been outstanding for about two months, on average. And while ambitions (and potential) were high, their options were limited as they were a new company in a new industry and looking for a small amount of money to start.

Their first product was a cash advance against future, unearned advertising revenues generated by websites. Next came a factoring platform that paid publishers for advertising receivables payable by digital advertising platforms. Our partner was not the only business, even then, offering such products, but one of their points of service was that they paid publishers within 48 hours—and often within 24 hours—significantly more quickly than what was evolving into an industry-typical five to six days.

The approach and the products were attractive, but without a longer track record or robust roster of comparable businesses, our partner could not access needed additional financing through traditional channels. And, ironically, their relatively modest need in a next round of financing—a bit more than $2 million—made them equally unserviceable by many special-situation lenders who do not see the value in assessing and servicing counterparties unless funded amounts are greater.

Arena saw what was possible because that’s our goal whether immediate amounts are large or relatively small. This opportunity required being able to look beyond the initial funding needed and see a business that could be developed and significantly scaled, while understanding that if things didn’t pan out (so that we ended up spending a meaningful amount of time on an investment that stayed small), that was okay, too. Arena also saw the potential to serve other needs, in this case also partnering with the company to find a longer-term source of funding as they developed their business.

For this investment, the company advanced 80% of a receivable, and Arena advanced 80% of that advance. As a factoring transaction, there were various metrics and limits that needed to be adhered to, and in addition, the company had already built various underwriting, verification, and monitoring processes to mitigate the fraud risks inherent in internet advertising. Ultimately, this small transaction grew into a strong relationship and helped boost the company so it could become the healthy and growing business it is today. In the process, this company has in turn helped its customers in digital media thrive because they now have a source of fast, reliable, ongoing bridge liquidity—a win for all parties involved.