Regularly ranked as one of the best countries in which to live, New Zealand has nonetheless been confounded by a decades-long decline in new housing production, which has greatly reduced housing affordability. One of the reasons: As the country’s banking regulators increased capital adequacy requirements for developments, its major banks retrenched from property development financing, which left developers highly constrained in their ability to finance new home construction. For this island nation with a population of around 5 million—which ranks in the top 10 in the Legatum Prosperity Index and is regularly rated as one of the safest and happiest countries in the world—the affordable housing shortage has become so acute that the UN has deemed it a breach of human rights. Amid this seemingly unsolvable set of dynamics, Arena has established itself with the government and other key partners to help address the supply-demand imbalance. 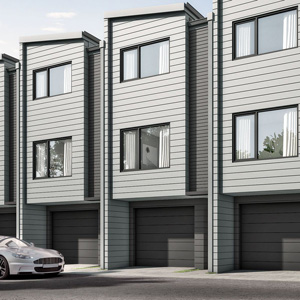 Back in 2018, the country’s government created a program called KiwiBuild designed to backstop the private construction of affordable homes through an underwrite for homes that did not sell. However, when the initiative was introduced, it guaranteed the full retail sale prices of homes, which did not incentivize builders properly—and enough of the initial homes were built in locations with poor demand, by market participants gaming the program, that it became more than a backstop, led to vacant homes, and led some potential purchasers to question the program itself. For these reasons and others, the program had a very slow start, underwriting only 47 homes in the first six months, significantly behind the stated goal of underwriting 1,000 homes in the first year.

The failure of KiwiBuild as it was envisioned was not a small matter in New Zealand. With the country’s elections of 2017, affordable housing had been among the incoming government’s top promises and priorities, and home building is now a lead plank of economic stimulus for the remaining time of COVID-19 and post-COVID. The market has continued to suffer, with developers unable to scale and new capital rules leaving banks unable to fill the gap—even withdrawing from previously approved development financing.

This is not just a business problem; it’s a human problem, with too many New Zealanders living in inadequate or even unsafe housing. Arena saw what was possible with this opportunity and was able to step in and become one of the largest sources of capital for the project that has the backing of the NZ government.

In 2017, Arena’s head of Asia-Pacific private investments, based in Melbourne, Australia and a New Zealander by birth, arranged the first construction loan as part of this series of investments. Over the next four years, that first financing developed into a larger franchise for financing the construction of affordable housing in New Zealand. This initiative, as a partnership with the KiwiBuild program and with other pre-sales and guarantees, allows Arena to provide financing while ensuring adequate downside protection.

One development that Arena has helped finance, for example, includes 227 residential units, mostly three-bedroom and some four-bedroom terraced homes, across three stages in Mangere, Auckland. The property is situated on a suburban main road in the township. Mangere’s proximity to Auckland’s central business district has improved in the past few years with the opening of the Waterview tunnel, which dramatically reduces travel time from the city to the airport, which is quite close to Mangere. This means that Mangere is now very well placed for access to the city, the airport, and Auckland’s freeway network to the north, west and south.

The borrower was hyper-aligned with Arena, as they had invested in several other development projects with us and this particular developer. Arena funded a NZ $98.9 million senior secured loan and NZ $4.5 million mezzanine loan, paid in six tranches, with an overall total project term of 22 months. Because of strong alignment with the borrower and other important factors, the risks for the project were low, especially when considering that most of the stage-one homes were pre-sold within six days of going on market, aligning with the recent and forecast market performance in the Auckland region, which remains consistently strong over time.

Projects like this are a classic win-win situation for everyone involved. Arena is investing in a stable, long-term project, with significant underwrite and pre-sales and low execution risk, while helping the government and residents of New Zealand solve a serious problem impacting tens of thousands of people. Arena is proud to participate in such helpful projects and is always glad to make a positive impact in addressing important social issues, whether locally or on the other side of the world.